Tonight I replaced the screen on my iPhone 4 that I have not used since September 2014 when I shattered it. 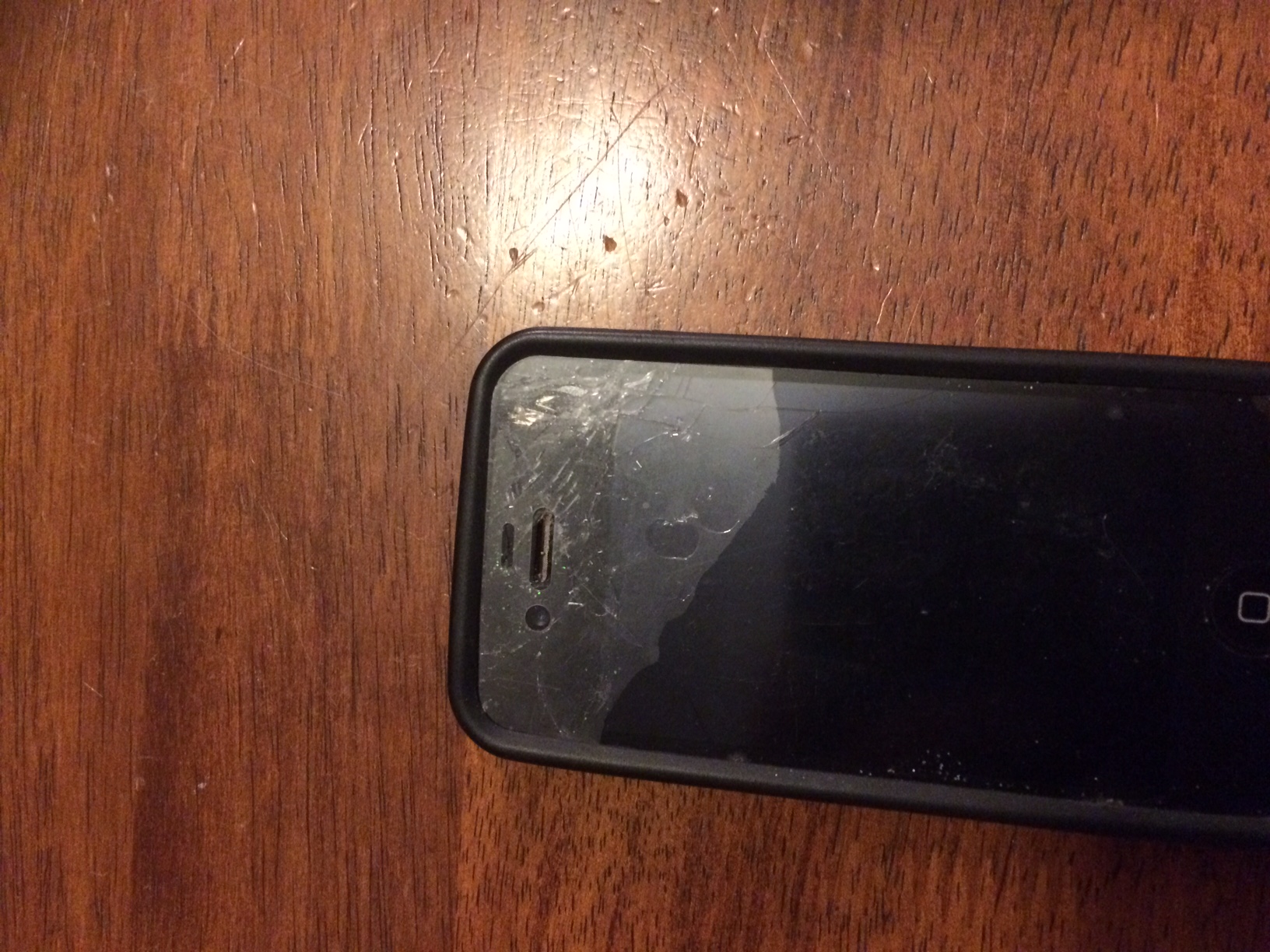 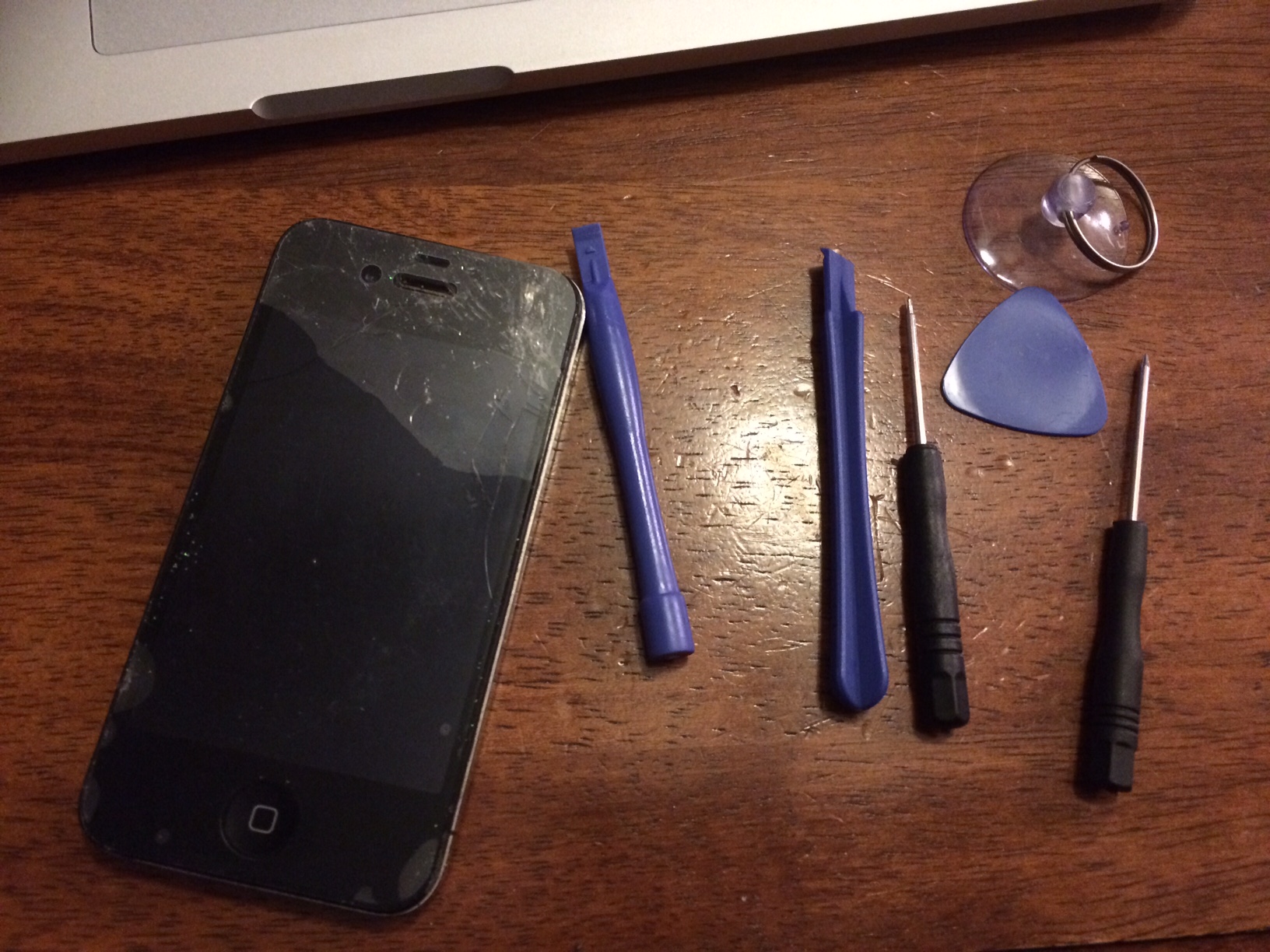 I ordered the screen and tool kit for $16.99 on Amazon and it took about 2 hours.

I followed a YouTube video and was digging the London accent. When it was all said and done I only had one extra screw.

Before I started I got a piece of styrofoam and traced the phone 4 times to keep track of the screws as I went. The thought with the styrofoam was that I would push the screws into it. These screws are super tiny and there was no way I would push them through the paper into the styrofoam. The paper layout however was really handy. Taking the thing apart was fairly straight forward. 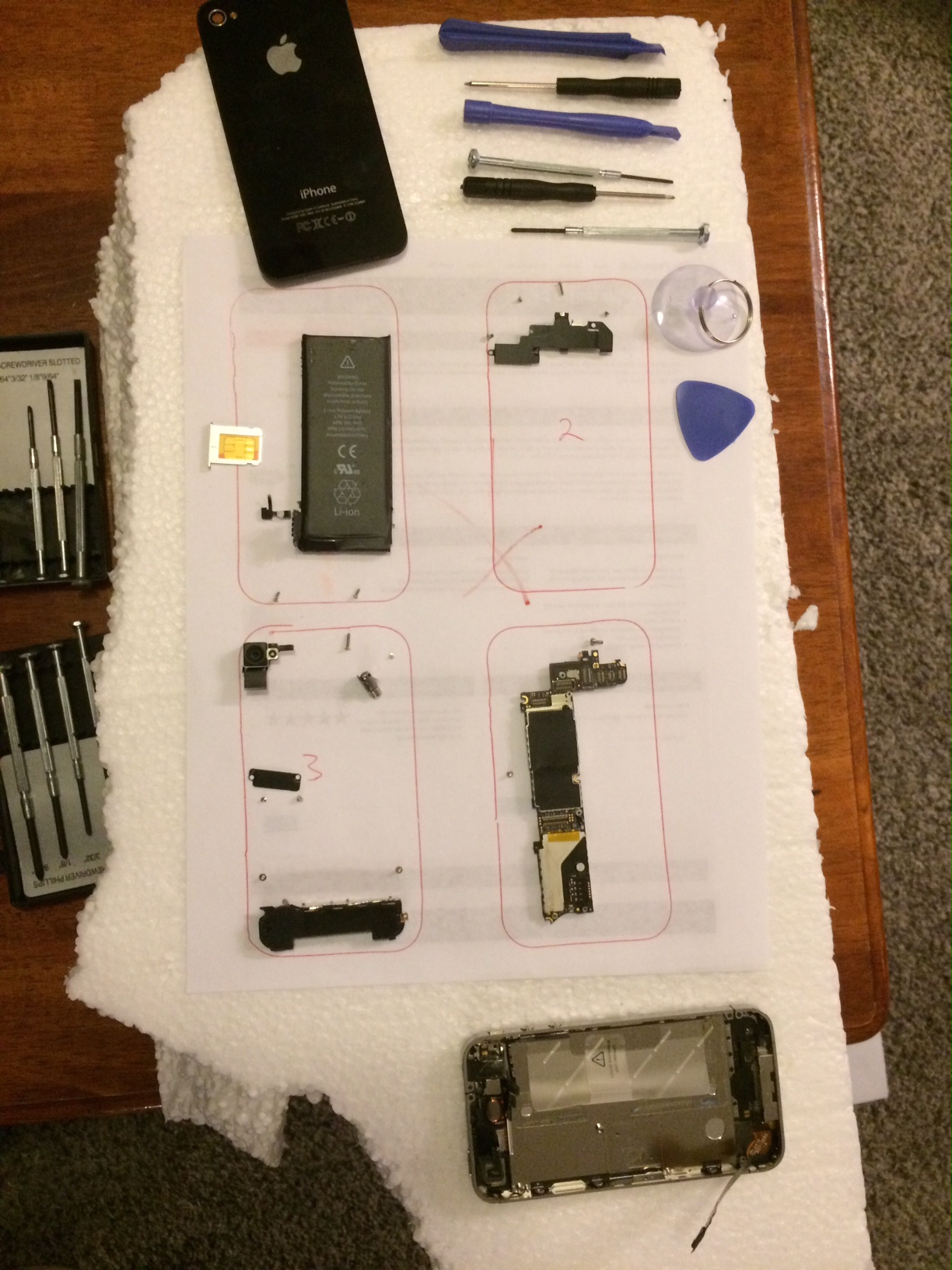 I did drop a screw off the table on the floor and could not find it. So I used the old trick of using a speaker as magnet. I had an old pioneer speaker laying around that I had never used, so it had to be sacrificed. 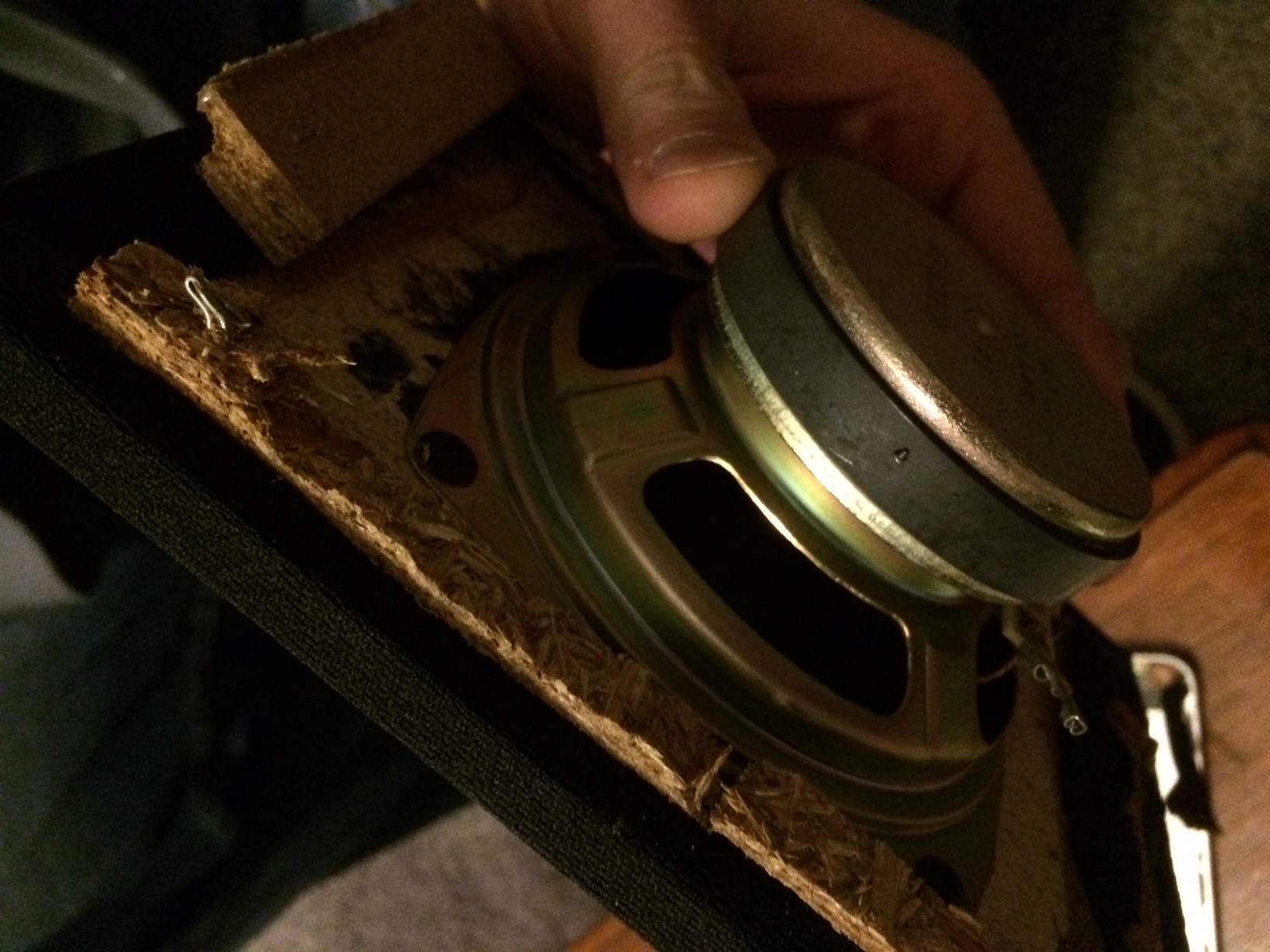 Given the way it shattered, I had many shards of glass that fell off. 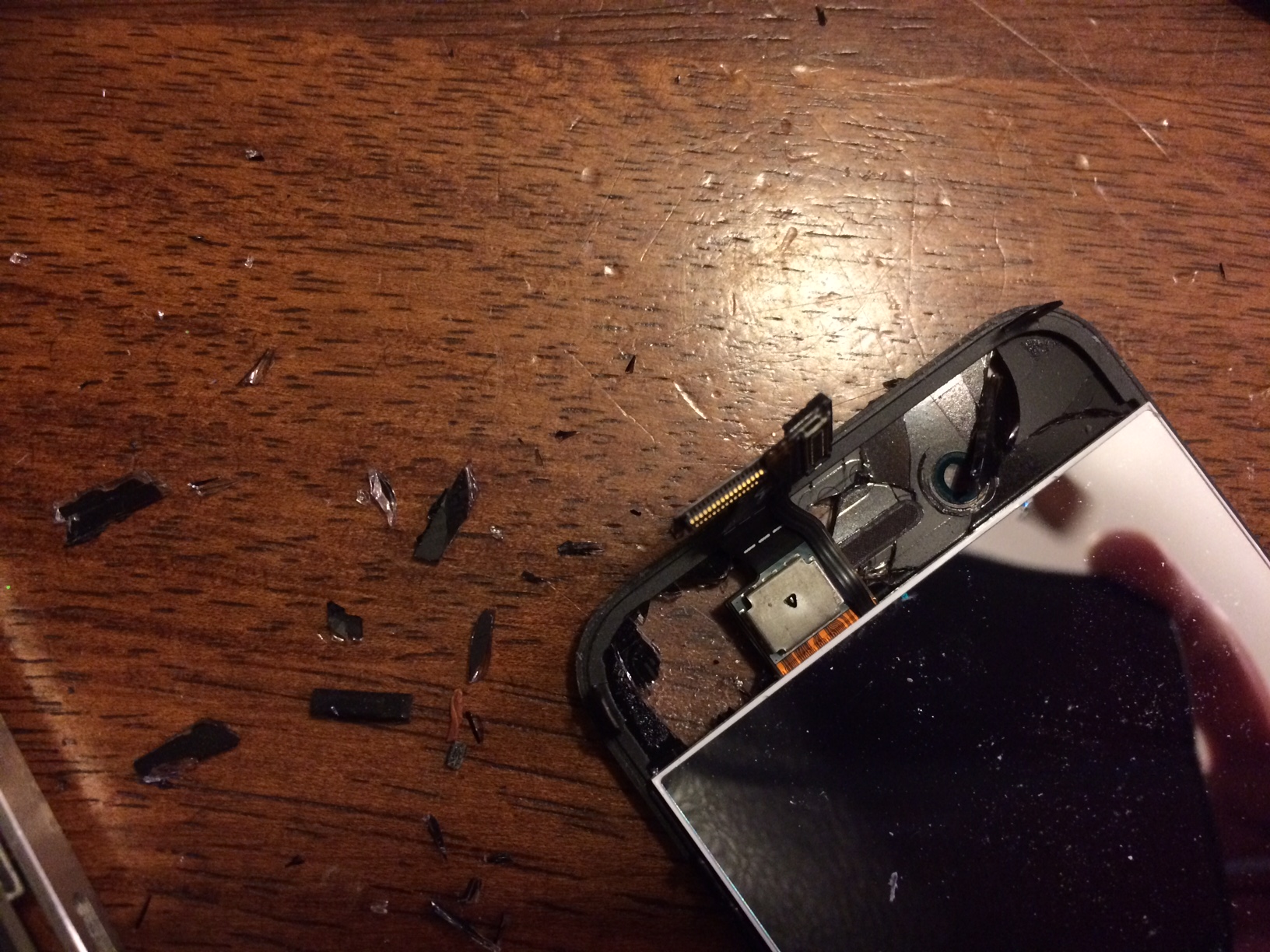 Putting things back together was slow going at first. The six screws with washers along the side and the four tiny screws in the corner were the hardest. I would recommend a magnetic screw like the dude in the video had. I did not have this. My fingers cramped up from the way I had to contort them and my back ached from the way I was sitting hunched over. After these side screws things came together nicely and the phone worked when I turned it on.

Overall it was fascinating to see how one of the 3 iPhones I have had over the last 8 years is put together.