In April 2020, I was initiated into the Tau Beta Pi Engineering Honor Society, Illinois Alpha Chapter, while studying for my MCSDS at the UIUC. Tau Beta Pi is the oldest engineering honor society (and the second oldest collegiate honor society) in the United States, formed in 1885. The Illinois Alpha chapter was formed in 1897 and is the fifth oldest Tau Beta Pi chapter. The public motto is “Integrity and Excellence in Engineering”. This honor is particularly special to me, since my undergraduate academics were not to the caliber of my recent graduate level work. The pin is called “The Bent”. It is a watch key in the shape of the bent of a trestle, which is the load-bearing part of the bridge.

Tau Beta Pi has a long and storied history, with many incredible members. It is awesome to be in the same company as Jack Kilby of the Illinois Alpha Chapter (Nobel Prize winning inventor of the integrated circuit), John Bardeen professor at UIUC (two times Nobel Prize winning inventor of the transistor and the BCS theory), Jeff Bezos who very early on in his company pushed for service architecture and a new era of cloud computation and over 70 US Astronauts. 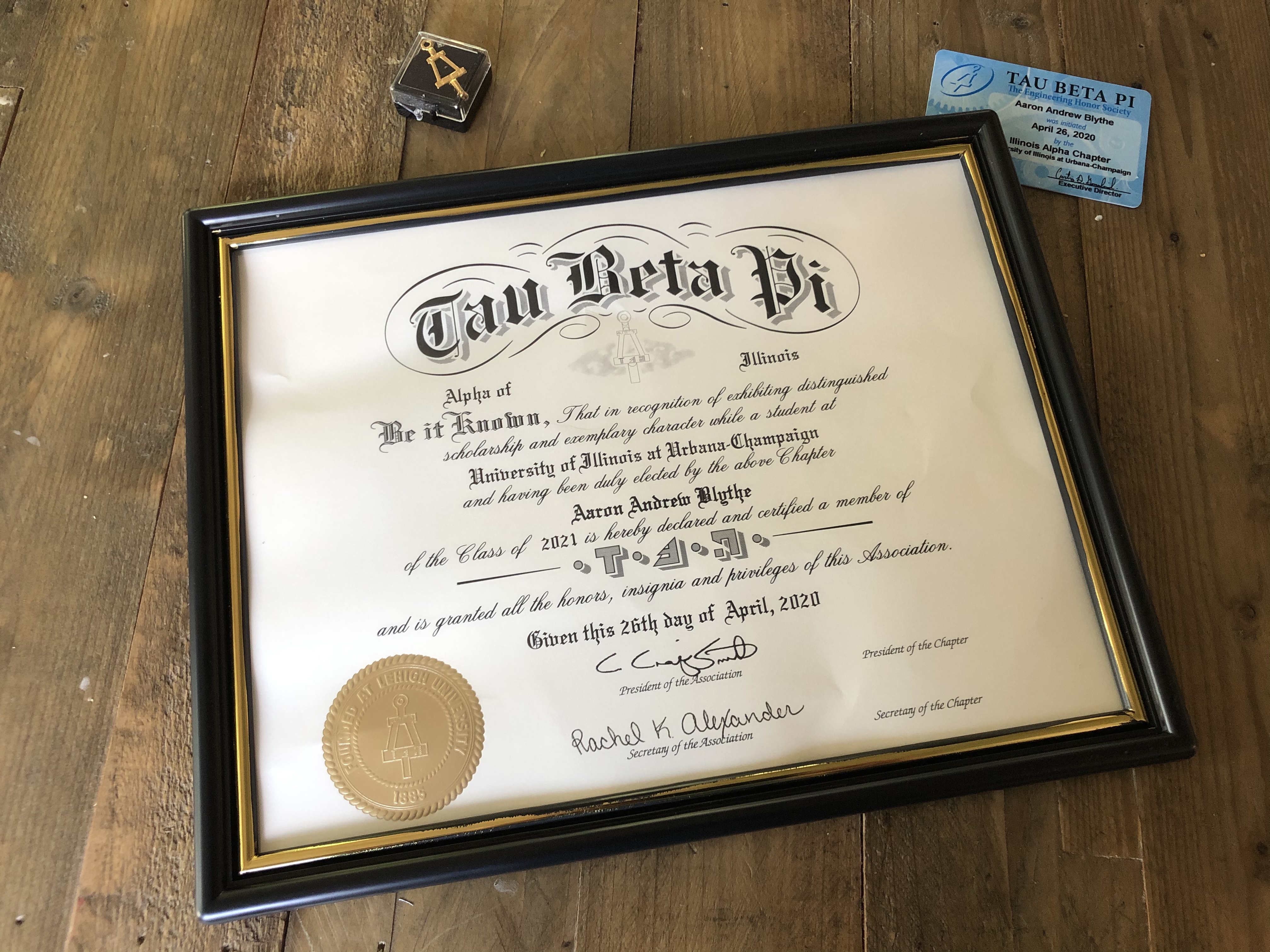